What Exactly Is the Great Resignation?

As per statistics revealed by the Bureau of Labor Statistics in the US, no less than 4 million citizens from the country called it quits on their jobs in the summer of 2021, specifically in the month of July. These resignations had peaked in the month of April, staying considerably high for the next couple of months. By the time July ended, there were 10.9 million confirmed vacancies in the US.

Consequently, this phenomenon of Americans quitting their jobs in droves was named as the Great Resignation.

What Caused the Great Resignation?

The great resignation 2021 brought about a phase like never before. Since the coronavirus pandemic hit the country, numerous employees began to switch their career paths or leave the workforce entirely. The figures revealed in the month of April showed the biggest spike in these numbers. But what caused so many workers to suddenly decide to leave their jobs?

Of course, the threat of the novel coronavirus, as well as its several mutations, was an important factor in triggering the great resignation. Moreover, a large number of organizations displayed a poor response to the lethal disease, forcing people to leave due to health concerns.

However, there are various other factors that research has revealed to be responsible for such a large number of resignations.

One of the primary reasons cited for quitting jobs was burnout, as per various surveys and research papers. Back in the year 2019, the World Health Organization (WHO) deemed this reason to be an ‘occupational phenomenon’. As per the definition, it entails the emotional and physical exhaustion of the person experiencing it. Below are some typical symptoms of burnout.

It is a known fact that burnout can negatively impact the quality of work, loyalty and commitment to the employer, and productivity. Eventually, it could result in increased workflow disruption and interpersonal conflict.

Hope to be employed remotely

Before the pandemic, a majority of the workers did not know what it was like to work remotely. However, when the cases surged, offices across the globe decided to close their doors. As a result, employees had to work from the safety of their homes in order to protect their health.

It is true that hybrid and remote working models were being implemented even before the pandemic began. But the concern for health amidst the pandemic forced organizations to speed up this new trend. Thus, people readily quit their regular jobs in search of those that would offer them opportunities for remote work, helping them build a better balance between their professional and personal lives.

Another important reason for the great resignation 2021 is workers being poorly treated at their workplace, especially during the peak of the coronavirus pandemic. Studies have further revealed that organizations with a positive work culture were reportedly treating their employees kindly while the deadly disease spread like wildfire.

On the other hand, various organizations with poor working conditions only exacerbated the situation by taking decisions that were not favorable for the workers, like layoffs. Consequently, employees decided to leave their workplaces because they were unhappy with the way they were being treated.

The coronavirus pandemic had brought about an increase in the cost of living, as well as inflation. Thus, employees began to feel dissatisfied with their pay and eventually started to give in their notices for want of a better salary.

Who Coined the Great Resignation?

A well-known psychologist, Anthony Klotz, has been credited with coining the term the Great Resignation. It was also predicted by him even before employees started to quit their jobs as part of a trend of dissatisfaction in employment.

According to the expert, this could last for no less than a decade. As of now, workers in the US are readily quitting their jobs, especially due to the number of new variants of the deadly disease surfacing every now and then.

Is the Great Resignation Over?

It is unclear whether the phenomenon will now change into the great resignation of 2022. A large number of employees in the US have revealed that they are planning on taking up jobs this year, as per a couple of surveys. Some are still looking for remote work, while others are hoping for adjustable hours.

In addition, employment in the country rose in the latter half of the year 2021. But experts are unsure whether this upward trend will hold or decline. As of now, the fate of the great resignation is still uncertain. 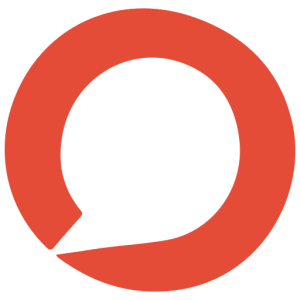 PrevPreviousHow to sell over the phone
NextWhat is Remote Team Management?Next

Take the Next Step to Leadership and Sales Success

If you’re ready to take your team to the next level, let’s talk. Our affordable, customized solutions will enhance and elevate your leadership, sales, and communication performance.

© 2023 Consilio | Built and maintained by KWSM: a digital marketing agency